The campaign to secure "Reparations" for the multiplicity of genocides and crimes that have been committed against the sons and daughters of Africa during...

The campaign to secure “Reparations” for the multiplicity of genocides and crimes that have been committed against the sons and daughters of Africa during the centuries of Slavery and Colonization consists of  an “outwardly directed” process in which we level demands at the liable European and North American Governments and institutions for a comprehensive package of compensatory money payments, developmental programmes, transfers of resources, and national and international institutional reforms , as well as of an “inwardly directed” process that we African or African-descended people must engage in ourselves to repair those aspects of the damage that pertain most directly to our minds and psyches. 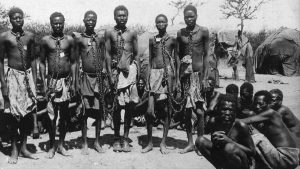 And deeply embedded in the concept of and campaign for Reparations are the following twelve fundamental principles :-

The campaign for Reparations sends a message to all and sundry that there will be no impunity for those who commit “crimes against humanity”. Who so ever  commits a “crime against humanity” must know and expect that justice will be demanded of them– even if it takes two hundred years, and even if it is their successors and beneficiaries who are ultimately required to make recompense !

If we Africans or African-descendants fail to demand that the present-day representatives and beneficiaries of those  institutions and nations that committed the most horrible crimes imaginable against our ancestors be held accountable and made to pay restitution, we would be implicitly sending a message to ourselves and to the world at large that we do not consider our ancestors (or ourselves) to be sacred beings invested with inalienable rights and deserving of respect and justice! And so, the very act of demanding Reparations constitutes a validation by us of our own precious humanity, and is a critical component of the process that we must engage in as individuals and as a collective of repairing ourselves! 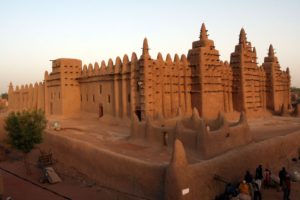 The Reparations Campaign must be built upon a foundation of knowledge about who we African or African-decended people were before the criminal European impositions of slavery and colonialism — knowledge of the achievements and glories of our pre-slavery, pre-colonial African civilization; knowledge of the history of European orchestrated enslavement and its effects on the civilization of Africa; and knowledge of the extent to which the present-day materially imposing Western industrial societies constitute agglomerations of wealth stolen from the sons and daughters of Africa over the centuries.

Of course, the point must also be made that the racist oppression of black or African people did not end with the formal abolition of slavery! Indeed, after the abolition of slavery in the 19th century our historical oppressors deliberately entrapped our ancestors in economic, political and social arrangements that were designed to handicap them and to serve the interests of the former enslavers– arrangements that have persisted (in modified form) down to the present day. The struggle for Reparations must therefore be– among other things– a struggle to expose and put an end to such arrangements and to complete the Emancipation process!

The demand for compensation from the present-day representatives of those who inflicted horrendous crimes on our ancestors and who damaged and disabled succeeding generations must consist of a demand for the transfer of material resources in an amount proportionate to the enormity of the crimes and their deleterious effects—resources to enable present-day African and African-descendant populations to counter the economic and social imbalances derived from those centuries of criminality.

The campaign for Reparations or for Reparative Justice must be designed to produce the “just society”, in that the demand for Reparations must be formulated as a demand for a fundamental transformation of the currently existing inequitable and exploitative economic and power relations that exist in the international arena and in many of our domestic societies. This principle has implications not only for the restructuring of such international entities and phenomena as the United Nations Security Council, the International Monetary Fund, the World Bank, and the terms of international trade and finance, but also for the manner in which our domestic African and Caribbean societies and Governments function. Implicit in the demand of our Caribbean and African Governments for Reparations must be a commitment to themselves deliver justice to their own people! And this is a commitment that the masses of African and Caribbean people must be prepared – through dynamic activism and advocacy– to hold our Governments to!

An integral strategy of the contemporary Reparations Movement is to present the demand for the payment of compensation (in financial and material resources as well as in developmental programmes) to the present-day representatives and beneficiaries of the evil system of slave trade and slavery and to invite their collaboration in addressing the tragic effects of this monumental historical crime. But even while adopting this approach, we Africans and African-descendants make it absolutely clear to all and sundry that even though we value the concept of collaboration, that the strategies and tasks to be implemented for our psychological repair and for our economic and social empowerment are our own responsibility and will be conceptualized, directed and controlled by us!

8. WE MUST REPAIR OURSELVES

A critical component of the campaign for Reparations is the African’s and African-descendant’s own inwardly directed struggle for psychological, cultural and spiritual self-repair. Thus, African or Afro-descendant members of the Reparations Movement and their governments must be committed – as individuals and as collectives – to seek to identify all of the ways in which we have been and continue to be negatively affected by false notions of white supremacy and black inferiority, and to rigorously attack them and eradicate the negative effects that impact on our individual and collective psyches! 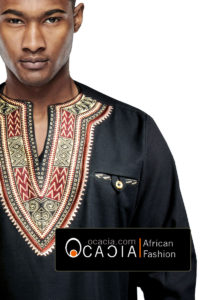 The effort to “prosecute” and hold accountable the present-day representatives and beneficiaries of the historical oppressors of the African and African-descendant people will require the widespread participation of Africans and African-descendants: and the attainment of such widespread popular participation will, in turn, be dependent on the inwardly directed struggle for self-repair and its capacity to persuade a critical mass of the African population to re-evaluate themselves and their history; to perceive the gravity of the injustice; to feel the tragic historical loss they have suffered; and to be sufficiently motivated to get involved or otherwise support the campaign for Reparations. The Reparations Movement and the African and Caribbean governments that lead it must therefore engage in a comprehensive mass education outreach programme to the community that is designed not only to educate about the relevant history, but to also help as many of our people as possible to emotionally connect with that history and the tragic loss and injustice suffered.

10. REPARATIONS MUST BE A BROAD MOVEMENT

The campaign for Reparations must be designed, on the one hand, to bring on board with us all of our natural allies in Africa and the Diaspora, Latin America and Asia and to enlist the tremendous weight of world opinion on our side, and, on the other hand, to isolate and publicly hold up to international embarrassment and critique all those entities that perversely and unreasonably seek to deny and resist the manifest justice and righteousness of our claim to Reparations. This will call for a concerted effort in the field of international diplomacy by the Ambassadors, Embassies and foreign Missions of the nations of the Caribbean Community (CARICOM) and the African Union (AU). It will also require consistent effort at the General Assembly of the United Nations, the Organization of American States, the Commonwealth and in other relevant international organizations.

11.  THE  MASS OF  OUR  PEOPLE  MUST BE INTIMATELY INVOLVED

The masses of our African and African-descendant populations must be intimately involved in the campaign for Reparations: they must be permitted enough time and opportunity to thoroughly discuss and understand the issue; their right to have the final and decisive say on the concrete details of the Reparations claim must be respected; and they must have a say – through representatives specifically selected by them – as to how the compensatory resources are utilized. Furthermore, at a national level– within our many nation states–the Reparations Movement should systematically appeal to and challenge all of the relevant local and national organizations to put support for Reparations on their agenda and to include it in their programmes and Manifestos – political parties, trade unions, youth organizations, churches, women’s organizations, educational institutions, local government administrations, and the list goes on.

The successful pursuit of Reparations will require the establishment of a world-wide network of community, regional, national and international organizations. Indeed, at the grassroots level, the community based Reparations organization must be linked into a national network, while at the level of our African and Caribbean governments we should establish a trans-Atlantic international network that is preparing and engaging in legal, diplomatic and political strategies at the international level to achieve Reparations. The African and African-descendants Reparations Claim (s) will either be consensually negotiated between mutually respectful State parties gathered around an international negotiating table, or it will have to be litigated in a series of international law cases brought against the Governments of the liable nations.

The time has come for the African and African descendant people of the world and their Governments to finally present their Reparations Bill to the current day successor Governments of those national Governments of Europe and North America that organized, facilitated, legitimized, financed, and benefited from the trans-Atlantic Slave Trade and the associated system of racialized Chattel Slavery — the governments of Britain, Spain, France, Portugal, Holland, Belgium, Denmark, Germany, Sweden, Norway, and the United States of America (a former colony that perpetuated the enslavement of African people for nearly one hundred years after attaining its independence).

Onwards to the achievement of Reparations in this United Nations International Decade For People of African Descent!

Liked it? Take a second to support David Comissiong on Patreon!

is a Vincentian-born political activist, who is founder of the Clement Payne Movement, and once served as head of the Barbadian government's Commission for Pan-African affairs. He is a frequent critic of globalization and United States hegemony. Commissiong is one of the key Pan-Africanists in Caribbean politics. He starred in the multi-award winning documentary 500 Years Later (2005), which starred Maulana Karenga, Muhammed Shareef, Francis Cress Welsin, Kimani Nehusi, Paul Robeson Jr, Nelson George, and many others.