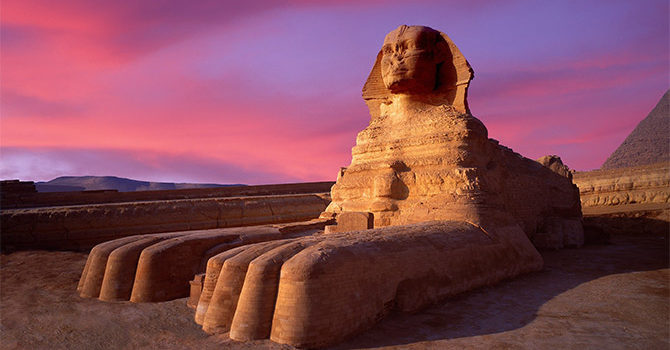 The Ancient Greeks traced all human inventions to the Egyptians, from Calculus, Geometry, Astronomy and Dice Games to Writing...Since the time of Homer, Egyptian...

According to Dr. Obenga: “the ancient Greeks traced all human inventions to the Egyptians, from Calculus, Geometry, Astronomy and Dice Games to Writing…Since the time of Homer, Egyptian antiquity functioned strictly as a highly memorialized component of Greek history.

Indeed, in their book, A History of the Modern World (1984), R. R. Palmer and Joel Colton, corroborate this historical truism by contending that:

Europeans were by no means the pioneer of human civilization. Half of man’s recorded history had passed before anyone in Europe could read or write. The priests of Egypt began to keep written records between 4000 and 3000 B.C., but more than two thousand years later, the poems of Homer were still being circulated in the Greek city-states by word of mouth. Shortly after 3000 B.C., while the pharaohs were building the first pyramids, Europeans were creating nothing more distinguished than huge garbage heaps.

Furthermore, Aristotle (384-322 B.C.) himself, writing in Metaphysics, not only refutes Dr. Lefkowitz’s ahistorical and false assertions but also confesses in Greek Hellenic language that:

“Thus the mathematical sciences first (proton) originated in Egypt.” Egypt is “the cradle of mathematics-that is, the country of origin for Greek mathematics”.

So, according to Aristotle,

“the mathematical arts had never before been formed, constituted or elaborated anywhere else originating in Egypt only” (Obenga, p. 47-48). Aristotle acknowledges the originality of the ancient Egyptians in his own words.

In addition, in Prologue to Prodlus’s Commentaries on Euclid’s Elements, a disciple of Aristotle named Eudemus, who lived in the forth century B.C., confirms: “we shall say, following the general tradition, that the Egyptians were the first to have invented Geometry, (that) Thales, the first Greek to have been in Egypt, brought this theory thereof to Greece” (Obenga, p. 48).

The fact of the matter is that the famous, well known Greeks (Europeans) whom we study and revere in school curricula today all studied at the feet of the ancient Egyptians–Africans in the Nile Valley, Kemet. For example, Plato studied at the Temple of Waset for 11 years; Aristotle was there for 11-13 years; Socrates 15 years Euclid stayed for 10-11 years; Pythegoras for 22 yeasrs; Hypocrates studies for 20 years; and the other Greeks who matriculated at Waset included Diodorus, Solon, Thales, Archimedes, and Euripides. Indeed, the Greek, St. Clement of Alexanddria, once said that if you were to write a book of 1,000 pages, you would not be able to put down the names of all the Greeks who went to Kemet to be educated and even those who did not surreptitiously claim they went because it was prestigious. “ Herodotus said it, Plato confirmed it and Aristotle never denied it”.

The fact of the matter is that it took 40 years to graduate/matriculate from Waset; this then means that none of the Greeks graduated.

I Thales (624-547 B.C.) was the first (protos) Greek student to receive his training from Egyptian priests in the Nile Valley.

II Plato (428-347 B.C.) records that Thales was educated in Egypt under the priests.

IV Greek intellectual life started with the Egyptian-trained student, Thales. He was the founder of the first Greek school of philosophy and science.

V Thales strongly recommended that Pythagoras travel to Egypt to receive his basic education and to converse as often as possible with the priests of Memphis and Thekes.

VI In the fall of 332 B.C. when Alexander invaded Egypt, Aristotle accompanied him

VII Aristotle ranked the country of the Pharaohs (Egypt) the most ancient archaeological reserve in the world. He wrote “That is how the Egyptians whom we considered as the most ancient of the human race”. (Obenga, pp. 28-45).

The Temple of Waset, the world’s first university, and known as “the septer” was built during the reign of Amenhotep III in the XVIII Dynasty, ca 1391 B.C. At its zenith, it educated 80,000 students.

Many people today believe that the words “man know thyself” (in Greek, qnothi seauton) were originally written and spoken by the Greek philosopher, Socrates. The ancient Egyptians wrote these words on the outside of their Temples in the Nile Valley and addressed these words to the neophytes – one of whom was the student Socrates himself. In a companion scenario, the originality of the words “eat, drink and be merry, for tomorrow we shall die,” has been assigned to the Greek philosopher Socrates, whereas history proves that the inventor who coined these words is Imhotep, the Afrikan deity and “the world’s first recorded multi-genius.” He built the world’s first stone building–the Step pyramid at Saqqara circa 2630 B.C.

One of the greatest contributions of the Nile Valley civilization in Egypt to the world was its educational system. The ultimate aim of education in ancient Kemet was for a person to become “one with God,” to “become like God” or “to become godlike through the revision of one’s own ‘Neter’ of how god is revealed in the person.” “Education in ancient Egypt was religious at its base.” At age seven, the brightest boys in Egypt were selected for training in the priesthood. This was the highest honor that could be possibly bestowed on a family-the selection of a son for admission into a caste of brilliant thinkers, the “guardians of the state” whom Plato so greatly admired and wrote about. When the boys (Neophytes) entered the Temple/schools (or Grand Lodge) they had to study for 40 years – subjects as Grammar, Arithmetic, Rhetoric and Dialectic, Geometry, Astronomy, Music, Architecture, Masonry, Carpentry, Engineering, Sculpture, Metallurgy, Agriculture, Mining, Forestry, Art and Magic.

The Neophyte was vigorously trained in how to:

3. Have devotion of purpose

4. Have faith in the ability of his master to teach him the truth

5. Have faith in himself to assimilate the truth

6. Have faith in himself to wield the truth

7. Be free from resentment under the experience of persecution

8. Be free from resentment under experience of wrong

9. Cultivate the ability to distinguish between the real and the unreal (i.e., he must have a sense of values)

10. Cultivate the ability to distinguish between right and wrong

In the area of medicine, the literature says that Hypocrates (born 460 B.C.) is the “father of medicine,” but again history proves that the Afrikan deity, Imhotep, (born 2700 B.C.) was worshiped by the Greeks as the “God of Medicine” 2,000 years before the birth of Hypocrates. Nevertheless, Hypocrates is portrayed as supreme in the area of medicine as reflected in the “Hippocratic Oath” that graduates from medical schools must recite.

The “Oath” reads as follows:
I swear by Apollo Physician and Asclepius and Hygieia and Panaceia and all the gods and goddesses, making them my witnesses, that I fulfil according to my ability and judgement this oath and this covenant:

To hold him who has taught me this art as equal to my parents and to live my life in partnership with him, and if he is in need of money to give him a share of mine, and to regard his offspring as equal to my brothers in male lineage and to teach them this art-if they desire to learn it-without fee and covenant; to give a share of precepts and oral instruction and all the other learning of my sons and to the sons of him who instructed me and to pupils who have signed the covenant and have taken an oath according to medical law, but to no one else.

Now, as was mentioned earlier, Apollo is the Greek and Roman derivative of the Afrikan deity, Heru and Asclepius is the Greek derivative of the Afrikan deity, Imhotep. However, in this European medical “Oath,” no mention is made of the truism that the revered Greek and Roman deities, Apollo and Asclepius, are duplicates of the original Afrikan deities, Heru and Imhotep. Furthermore, the “Oath” also callously omits evidence of “the Kemetic roots and the personalities associated” with this ahistorical, Eurocentric medical Oath. Instead of reciting the “Hippocratic Oath,” medical school graduates should now recite the real, historical “Imhotep Oath.”

Egypt is indeed the light of the world. In the words of Cheikh Anta Diop: “Universal knowledge runs from the Nile Valley toward the rest of the world, in particular, Greece, which served as an intermediary. As a result, no thought, no ideology is foreign to Africa which was the land of their birth.” And no amount of Eurocentric research can ever efface this Egyptian, historical, contributive reality.

Liked it? Take a second to support Hakim Adi on Patreon!