TED is all fell good, rooted on the ideology of goodness. TED talks routinely present problems of huge scale and scope and then solve... 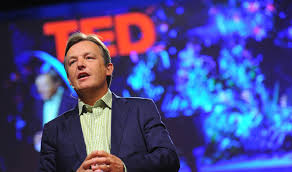 TED is all feel good, rooted in the ideology of goodness and positivity. There is nothing wrong with that. If that is the TED philosophy then so be it. TED talks routinely present problems of huge scale and scope and then solve them with simplistic idealism. There is no antagonism or critical thinking and definitely not too much  controversy on TED. Everyone agrees with these “therapy sessions” –usually with zero real-world substance.

But how many Afrocentrics or Rasta or Pan-Africanist or Nation of Islam or African Hebrews have been on the HD evangelical church of TED? Have you ever wondered why? Yet almost every time they represent someone African it is most of the time some weak compromised naive, passive, boot-licking  coconuts one can find. The kind that offends no white person when they speak, the kind that makes them laugh, the kind that offers Africa on a plate to the highest bidder. There are a lot of people from the African conscious community who will never appear on TED.

TED, with its airy promises, sounds a lot like a secular religion. And while it’s not exactly fair to say that the conference series and web video function like an organized church, understanding the parallel structures is useful for conversations about faith — and how susceptible we humans remain. The TED style, with its promise of progress, is as manipulative as the orthodoxies it is intended to upset.- Megan Hustad1)https://www.nytimes.com/2015/03/15/opinion/sunday/the-church-of-ted.html

From the Africanist perspective (and that is all we are really discussing) TED is another form of manipulation, just liberal manipulation. And some think it is good for us because it is largely positive. And this is why many of us are lost, because it is not about positive or negative it is about victory for African. It is about living in reality and making African people successful in a competitive world. Owners of industry and not employees in industry.  And talking positive gibberish about how nice it is to do business in Africa is not the path to restoring Africans as a dominant economic force. There is no altruism in this world and the sooner African people mature to this truth and stop looking for white verification the sooner we can build our own appraisal systems and push our own great thinkers on the world. This is what people of agency do. They do not sign up for a White run platform and trust it with presenting the best Africa has to offer.

In the cult of TED, everything is awesome and inspirational, and ideas aren’t supposed to be challenged–Martin Robbins

Now when Japan wants to groom its leadership it does so on its own. When we want to groom ours we have TED, CNN Africa, BBC Africa on and on to do it for us. We think it is normal to see our icons and great spokespeople on TED as if TED was doing the work for us and finding all the genius in Africa.

TED is a global community, welcoming people from every discipline and culture who seek a deeper understanding of the world. We believe passionately in the power of ideas to change attitudes, lives and, ultimately, the world. On TED.com, we’re building a clearinghouse of free knowledge from the world’s most inspired thinkers — and a community of curious souls to engage with ideas and each other, both online and at TED and TEDx events around the world, all year long. — TED 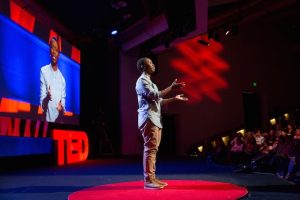 Dear TED whose ideas? Ideas compatible with African liberation per Garvey and Malcolm X, or anything spoken by Amos Wilson? No. TEDs ideas are the White liberal values masked as authentic because TED controls and filters which Africans are compatible with White liberalism, which Africans do not pose a threat to White idealism. And by putting these voices in-front of the world it creates a new African, an even more docile creature whose greatest accomplishment is White acceptance.  So people who are doing thinking need to ask “Whose ideas are being spread” the ideas of Marcus Garvey or the ideas of a filmmaker who gets up on TED and begs for White people to fund Africa? So as radical and dynamic as TED repertoire it seems to skip through the entire African conscious community.

‘Ideas worth spreading.’ Apparently TED has some ideas, and we should spread them. What ideas? Ideas that TED in its infinite wisdom has picked out for us, ideas which are therefore implied to be true and good and right. What should we do with these ideas? We should build a message around them – slick presentations by charismatic faces captured in high definition – and we should spread that message far and wide. If this doesn’t yet sound familiar, try replacing ‘TED’ with ‘GOD’. ‘Ideas worth spreading’ sounds more like the slogan of the Jehovah’s Witnesses.2)https://www.newstatesman.com/martin-robbins/2012/09/trouble-ted-talks

We do live in a society where everything is for sale, and not only bottled water but feel good. TED as a non-profit organization is not scruffy. All of that polish and HD is not cheap. TED outside of tax terms is a business and it is doing very well.3)https://www.nytimes.com/2015/03/15/opinion/sunday/the-church-of-ted.html And while we will all agree negativity is a killer, well so is feel good when the harshness of reality is denied and only what makes us feel good is presented as reality–it is not reality and all it does is create the same thing this born again religions create–and this is the engine of TED, just another White liberal church

THE BEST TALK EVER

For TED to be really effective it would have to seriously change its selection criteria. Because we have no idea who is making the decision to put this African or that African on. It is certainly not done by merit because as we stated where are all the people from the African conscious community? So this is how TED sculpts the voices that get heard.

To quote most African speakers “Africa is good, Africa is very good we are really trying hard in Africa, we just need your help”. Audience LOL.

There is one TED speaker with a presentation Africa is stupid? to create click bait. And Africans in the comments are praising this European speaking positive about Africa. But they never asked why do we need a European to say something positive about Africa to feel good about the poorest continent in the world when we have so many Africans more capable, more authentic of speaking? This is what TED is all about just another White system of control. So the world bank strikes at us economically, Africom strikes us on a military level, the White version of Christianity has our souls and now TED is shaping our leadership and our dominant ideas. And if Africa is so positive, why then is ownership disproportionately non-African? These harsh and ugly topics are never presented with any serious discussion. Nothing about TED presentations offend the dominant race class and that in itself is because it is just another product of the dominant race class.

Who is this WE TED is referring to? At TED, we search year-round for presenters who will inform and inspire, surprise and delight. Our presenters run the world’s most admired companies and design its best-loved products; they invent world-changing devices and create ground-breaking media. They are trusted voices and convention-breaking mavericks, icons and geniuses.

These are the things we never check. We just see the surface and accept what Whites offer us.

TED is owned by a nonprofit, nonpartisan foundation. Our agenda is to make great ideas accessible and spark conversation.

Nonpartisian? Now here is a word we need to investigate. It almost is like non-biased. TED is owned by the Sapling Foundation, a private nonprofit foundation (a 501(c)3 organization under US tax code). The foundation was established in 1996 by publishing entrepreneur Chris Anderson. Did you know Chris’s daddy was an evangelical Christian? Now it is starting to make sense. TED is the missionary in the 4 conquering M’s Shahadah discusses in his article on African agency (Military, Media, Missionary and Merchant).

Now an idea is a powerful thing. Steve Biko said:

And it is amazing how neutral TED has made these powerful words seem, as if we are to assume idea and share means good. Let us Africans think about the last time someone came to Africa to share ideas and what happened to our people. We are way too trusting and child-like.

TED IS NOT US TED IS WHITE

TED is not us, TED is not innocent, TED is not Pan-Africanist, TED is not Pro-African agency, TED is just another system which is there to destroy African agency and self-determination and it does so by sculpting who is who in the African world and shaping African thought in a direction which is perfect for White exploitation. It creates and circulates people with weak ideas or incomplete Euphoric ideas to further soften up Africa and make it more chewable. It dumbs us down by making us feel included. But every African included on TED was selected by a jury of people sharing liberal Christian values. This is why certain names do not get pass the gates of TED to impose authentic African ideas on the world.

People join for much the same reason they join societies like Mensa: it gives them a chance to label themselves part of an intellectual elite. That intelligence is optional, and you need to be rich and well-connected (our addition: in the case of Africans White approved and into their wine and cheese ) to get into the conferences and the exclusive fringe parties and events that accompany them, simply adds to the irresistible allure. TED’s slogan shouldn’t be ‘Ideas worth spreading’, it should be: ‘Ego worth paying for’.4)https://www.newstatesman.com/martin-robbins/2012/09/trouble-ted-talks

Liked it? Take a second to support admin on Patreon!

African Holocaust (Est. 2001) is a non-profit civil society dedicated to the progressive study of African history and culture. The society is composed of diverse array of African scholars and writers, who share the desire use critical thinking to represent and restore an authentic, reflexive, honest, inclusive and balanced study of the African experience, past and present.